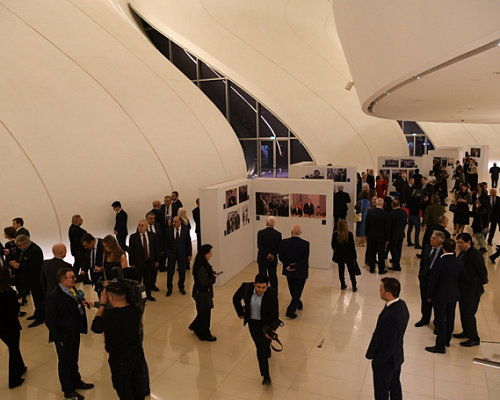 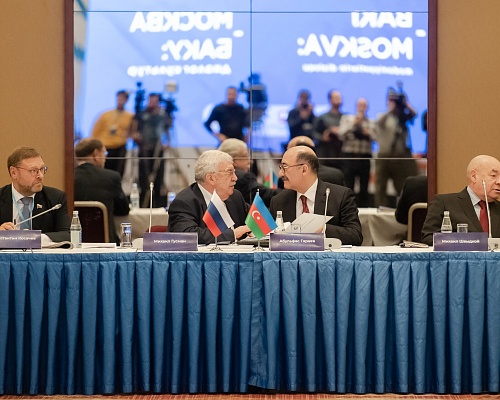 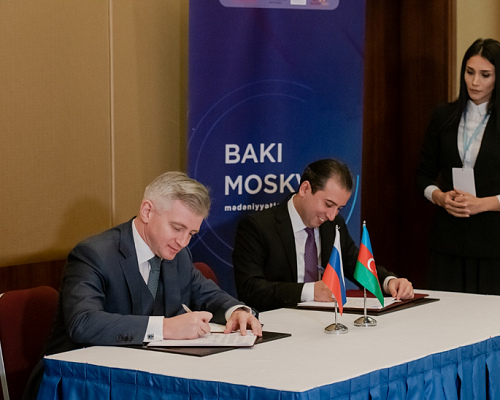 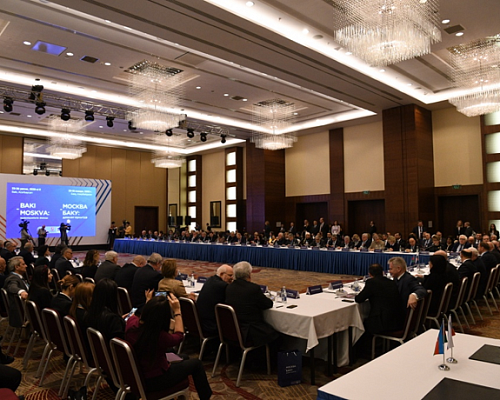 The conference "Baku-Moscow - Dialogue of Cultures" was held in the capital of Azerbaijan on 24 January with the participation of the delegation of the Moscow City Government headed by Sergey Cheremin, Minister of the Moscow Government, Head of the Department for External Economic and International Relations of Moscow. Within the framework of the "Moscow-Baku - Dialogue of Cultures" conference, a round table discussion was held on the theme "Dialogue of Cultures - the Basis for the Dialogue of Nations", where bilateral cooperation between Russia and Azerbaijan in various fields was discussed: strengthening of trade and economic cooperation; cooperation within the framework of the digital agenda; joint projects in the cultural and humanitarian sphere; development of mechanisms for investment and financial cooperation.
Within the round table, the Moscow City Department of Culture and the Baku Culture Department signed a protocol on cultural cooperation.
Officials, businessmen, cultural, educational and scientific figures and representatives of the media of both countries took part in the event, which was aimed at strengthening ties and developing cooperation between Azerbaijan and Moscow.
In the evening, a photo exhibition was opened at the Heydar Aliyev Center, and a solemn reception was held on behalf of the Moscow City Government with the performance of Igor Butman Quintet.