The Days of Moscow were successfully held in the Baltic countries 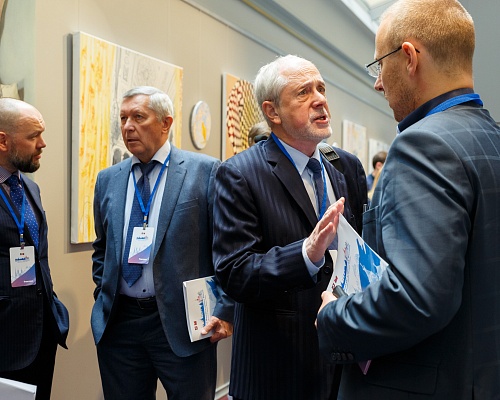 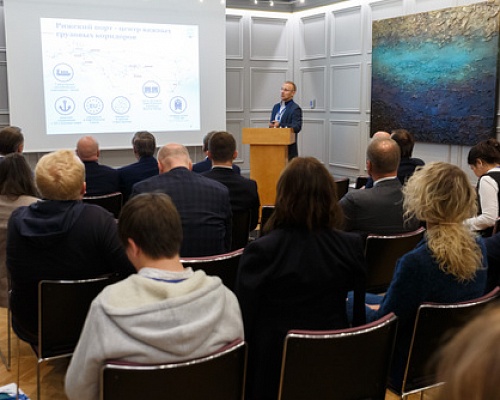 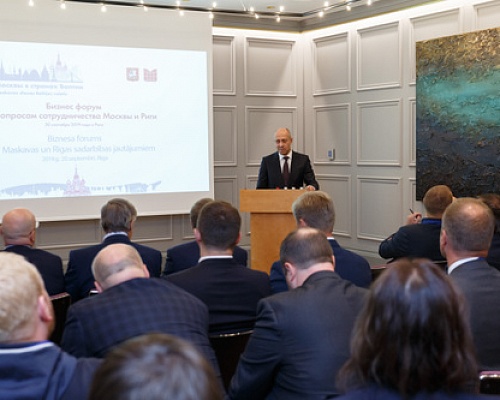 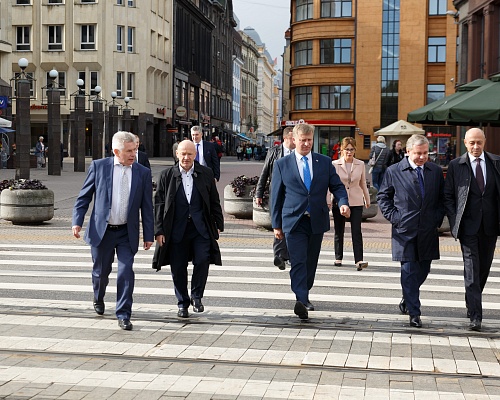 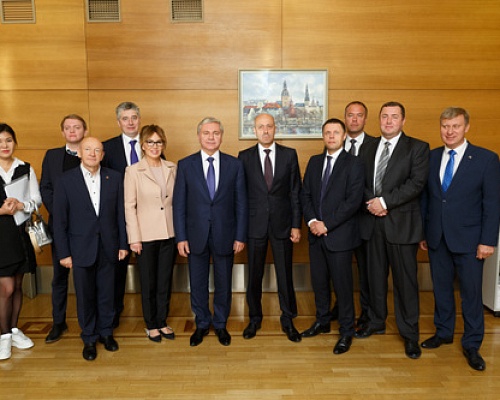 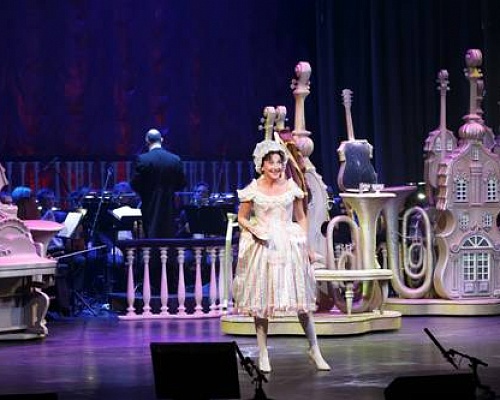 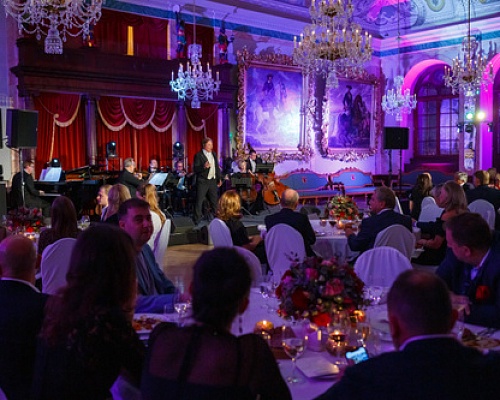 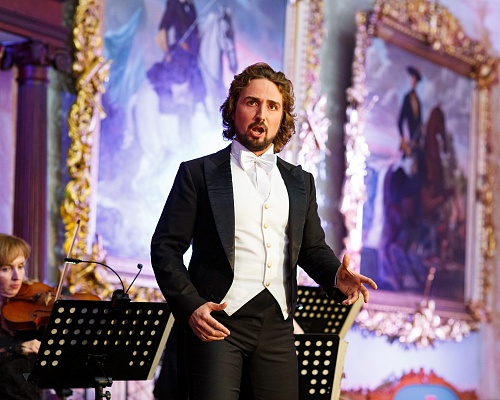 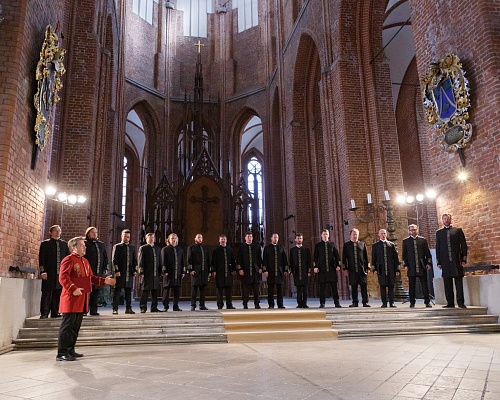 The Days of Moscow were successfully held in the Baltic countries

The resumption of the traditional format of interaction between Moscow and Tallinn in the form of an exchange of “city days” was discussed by the Minister of the Government of Moscow, the head of the Department for External Economic and International Relations (DVMS) Sergey Cheremin and the vice-mayor of Tallinn Vadim Belobrovtsev. Negotiations took place in the capital of Estonia as part of the Days of Moscow in the Baltic countries.

According to the parties, both cities are interested in restoring cultural and business ties, exchanging experience in city management, cooperation in the field of preservation of cultural heritage, creating and maintaining a favorable environmental situation in modern realities. Earlier, the Days of Moscow in Tallinn were held in 2010.

Sergei Cheremin emphasized that cities play one of the key roles in shaping the socio-economic potential of countries, and said that in matters of cooperation with Tallinn, Moscow is ready to move as quickly and efficiently as possible and support all initiatives.

In turn, Vadim Belobrovtsev noted the stability of the tourist flow between the cities, expressed interest in holding a festival of Estonian culture in the Russian capital and the mutual exchange of information and technologies. “Today we have something to learn from Moscow, and there is something to offer it,” the vice mayor assured.

The business program was continued by the round table “Moscow in the global digital space. Priorities, prospects, key projects”, which discussed the nuances of introducing modern information technologies in the social sphere, legal aspects of ensuring cybersecurity, innovative solutions in the field of transport accessibility. Particular attention was paid to the digitalization of the educational process. Based on the experience of educators and the results of student surveys, participants in the round table agreed on the need for a clear separation of the volumes of material submitted in electronic and classical formats. These proportions should provide the most effective assimilation of knowledge, without leading to the desocialization of students.

Another significant event of the day was the round table on working with compatriots. It addressed the issues of preserving and popularizing Russian culture, supporting Russian-speaking schools in Estonia, preparing for the celebration of the 75th anniversary of Victory in the Great Patriotic War (WW II).

“Moscow is a leader in the effectiveness of interaction with organizations of compatriots. There are already 260 partners worldwide. We are trying to satisfy the expectations and aspirations of our compatriots as much as possible,” explained the head of DVMS. As an example of such work, Sergey Cheremin cited the recent supply of medical equipment for veterans living in Estonia.

Moscow Days in the Baltic countries contunued with business and cultural events in Riga and Daugavpils. One of the key events of the final day was a business forum on cooperation between the capitals of Russia and Latvia with the participation of the Chairman of the Riga Duma Oleg Burov and the head of the Moscow delegation Sergey Cheremin.

“Our starting points inherent in the post-Soviet countries are common. The experience of the Russian capital as a city with one of the largest budgets in the world is very important for us. And we are ready to take an example from Moscow in matters of economic management,” said O. Burov. He also emphasized the importance of cooperation between Moscow and Riga, preservation of cultural and social interaction.

Sergei Cheremin, in turn, noted that the two capitals have great potential for tourism and investment development, and shared statistical information with colleagues with links to international rating agencies. Today, Moscow takes the first place in the world in the field of organization and integrated development of the urban transport system according to the Advancing public transport and Sustainable transport award. According to the minister, the Moscow Government plans to double the length of the subway until 2025, and completely switch to electric transport by 2030-2035.

The head of the Moscow’s delegation also spoke about the dynamics of the development of the cultural, social and technological component of the life of the metropolis, shared the results of the Active Citizen service, city programs Moscow Longevity and My Street. The last project was actively discussed at a business meeting with members of the Riga City Council, who were particularly interested in solutions to minimize the presence of outdoor advertising in the historic city center and protect trees from the harmful effects of reagents in the winter.

In addition, the Moscow delegation visited the Sports Quarter social facility, the basis of the visual design of which was the history and symbols of Riga, and the largest solid waste landfill in the Baltic States Getlini-ECO LLC, where only four people work on waste sorting since all processes are as automated as possible.

Within the framework of the cultural program of the Days of Moscow, residents and guests of Riga were able to watch the production of the “Bat” of the Moscow musical theater “Helikon Opera”, listen to the performance of the choir of the Valaam Monastery in St. Peter's Basilica. Visitors to the Riga Zoo appreciated the photo exhibition presented by the Moscow Zoo. The “Wall-painting” by artist Max Goshko-Dankov has opened in the Moscow House in Riga. There was also a vernissage of a photo exhibition dedicated to the 130th anniversary of the famous sculptor-monumental artist Vera Mukhina, and a literary master class by children's writer Anna Goncharova.

At the same time, a forum on urban governance was held in Daugavpils with the participation of representatives of the DVMS and the Prefecture of the Central Administrative District of Moscow and a traditional round table on working with compatriots. “Moscow Seasons” photo exhibition was opened in the local Palace of Culture and a concert was held with the participation of the Moscow Cossack Choir.

Moscow Days in the Baltic countries took place from September 17 to September 20 in Tallinn, Riga and Daugavpils.

The operator of the events was the Moscow Center for International Cooperation.

Source: Press Service of the Department for External Economic and International Relations of Moscow.